Today I’d like to introduce you to my friend Canadian romantic suspense author Laurie Wood and tell you a little bit about her latest novel Northern Protector.

Isn’t this a gorgeous cover?

Constable Ben Koper is still healing from the polar bear attack that almost killed him. Nine months after it happened, he returns to Churchill, Manitoba, a changed man—scarred more than just physically. PTSD is his new shadow, haunting his every step, and he can’t seem to kick the pain meds he shouldn’t need anymore. He’s determined to prove, to himself and his colleagues, that he’s still up to his job. Failure isn’t an option.

ER nurse Joy Gallagher spent the entire last winter texting with a healing Constable Koper. What started as friendly concern from this single mother has grown into full-fledged romantic feelings, and she’s eager to level up their friendship and introduce him to the idyllic comfort of small-town life. Until a teenager is murdered at a summer party. The crime is strikingly similar to the cold case murder of Joy’s foster sister, stirring old trauma Joy has never fully dealt with.

When another victim is snatched in town, Ben and Joy must confront their own demons, and join forces to track down an elusive killer. The race to rescue the next victim before it’s too late will test Ben and Joy to their limits. Can they survive their encounter with this heinous killer, or will the past destroy them?

CONSTABLE BEN KOPER PULLED HIS POLICE truck over to the side of the road across from Ruby’s Café & Emporium. His first day back at work in nine months, and already he was running late. He slammed the truck into park and stared up and down Kelsey Boulevard, on high alert for any movement between the buildings.

Last November, a polar bear had attacked him in this exact spot. He hadn’t been back to Churchill since then. Goose bumps skittered along his arms. Rationally, he knew that bears had been spotted along the coast and probably hadn’t made it into town yet. But his anxiety and the acid in his stomach told his brain a polar bear could be anywhere, now that the sea ice had melted.

Ben grabbed his mobile phone with the coffee orders on it and stepped out of his truck, pulling his baseball cap down to his sunglasses. He slammed the truck door and strode to the pavement of Kelsey Boulevard. The rest of the street sat quiet, while Ruby’s 6:00 a.m. crowd was hopping with its early morning breakfast specials. He could see people eating at tables through the huge front plate-glass window.

When he hit the middle of the street, his heart sped up, jackhammering in his chest. His feet refused to move past the centre of the road, like he’d struck an invisible wall. Adrenaline shot through his limbs. His vision tunneled into black holes. Sweat poured down his back and gathered on his forehead. He put his right hand on the grip of his service weapon, trying to get some equilibrium. His throat closed, and he leaned over with his hands on his knees. Deep breaths.

Dan Sherman, his therapist, sounded in his head. “Look for five things around you to centre yourself. Repeat them to yourself. Then count them down one by one.”

Panting, beads of sweat rolled down the right side of his face over his scarred eyebrow and ear. All he could see was the concrete road and small rocks littered about.

He needed five things. His boots wouldn’t move. He stood hunched over in the middle of the street, trying not to throw up his meagre breakfast. No other objects around; nothing else to see. His feet… he couldn’t move his feet.

Running shoes, white and pink running shoes… Where did they come from?

“Ben? Ben,” a lilting, female voice broke through his fog. “Are you okay?”

A hand touched his shoulder, his sore right shoulder, and he flinched. Finally. He could move. He reared his head up and collided with the face belonging to the voice.

“Ow.” The woman let go of his shoulder and grabbed her nose while he staggered sideways.

“I’m sorry. I’m sorry,” he stammered. He reached forward to steady himself with his right hand but dropped his phone on the ground with his other hand. The woman dove for the phone and swiveled around to give it to him.

Laurie Wood lives in Central Canada and writes inspirational romantic suspense with an edge of danger. She’s also a military wife who’s raised two wonderful special needs children to adulthood. They’ve lived all over Canada and are still on that journey. When she’s not writing she can be found at her spinning wheel, knitting, or hanging out with her dogs in the garden. She loves to hear from readers and always replies so feel free to get in touch with her.

As part of this blog tour, Laurie is giving away the complete e-book set of her “Heroes of the Tundra” series to one lucky reader (USA and Canada only). Enter here for a chance to win.

Additional Stops on the Blog Tour: 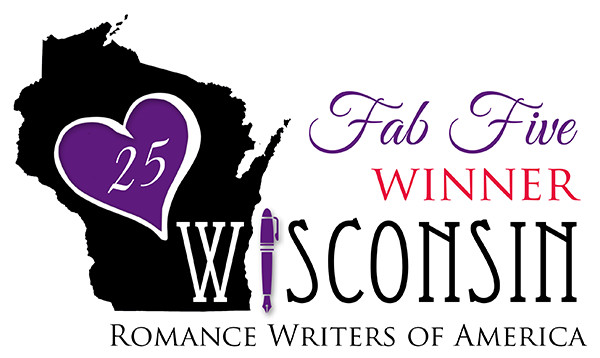 © Rhonda Herren Starnes and rhondaherrenstarnes.com, 2015-2022. Unauthorized use and/or duplication of this material without express and written permission from this site’s author and/or owner is strictly prohibited. Excerpts and links may be used, provided that full and clear credit is given to Rhonda Herren Starnes and rhondaherrenstarnes.com with appropriate and specific direction to the original content.

Cover Photo by rawpixel.com on Unsplash